Destiny is a tall, dark stranger in a young woman’s quest for her missing 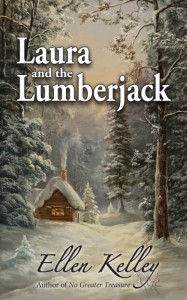 fiancé in LAURA AND THE LUMBERJACK, a Contemporary Romance  Amazon.com Release  August 2011

In the breathtaking Saskatchewan wilderness, Laura Windsor searches for her missing fiancé, Ross, who disappeared on a hunting trip some months before.

But a sudden snowstorm, a secluded cabin, and a dark stranger named Tyler, are what she finds. The attraction between them is undeniable and certain. Can this mysterious, bearded man be Ross?

Click to view a chapter from Laura and the Lumberjack

Rafe and Kacey make their debut in NO GREATER TREASURE, a Jove 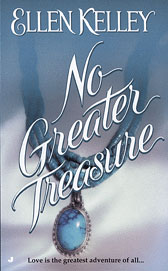 Kacey O’Reilly is an extraordinary woman by late nineteenth century standards. A graduate from Harvard’s women’s affiliate, she works as an archaeologist… an independent woman who is fulfilled by her work and family and has no room in her life for love.

Rafe Assante, a former archaeology student of Kacey’s father, Colin, is a handsome young Frenchman equally devoted to work and family yet irresistibly drawn to the beauty of Kacey’s mind and spirit.

When Colin invites Rafe to join them on a dig in Colorado, Kacey is outraged by her father’s presumption. While her father sees Rafe as a potential husband for Kacey, she sees him as an arrogant ladies’ man and vows to ignore him during their entire journey. But as she and Rafe travel and work together, Kacey realizes that they have a lot in common especially a growing attraction for one another. Before she knows it, Rafe has unearthed a burning desire that was buried deep within her heart and for Kacey, it is the discovery of a lifetime…

Click to view a chapter from NO GREATER TREASURE.

“Set amidst the breathtaking scenery of Colorado, Ms. Kelley has created a story of budding love and passion that will please the romance reader. Her first fiction novel cannot be called anything but a success.”
–RG, Rendezvous

“Award-winning poet, Ellen Kelley, scribes her debut novel, a lyrical and appealing historical romance that will exhilarate fans of the Americana sub-genre. The story line moves quickly, especially the subplot involving archaeology. The characters are all exciting, especially Kacey. Ms. Kelley has entered the romance world in a big way that will leave her with many fans desiring more and bigger historical romances from her.”
–Harriet Klausner,  Painted Rock magazine